Collège Françoise-Dupont is sending two students to represent them at a video game tournament, where they will compete with other schools in a fighting game known as Ultimate Mega Strike III. After Marinette notices that Adrien is one of the potential candidates, she participates in the selections in order to be able to team up with Adrien. She manages to defeat another candidate, her classmate Max, who has been training for the tournament for a whole year and was looking forward to participating. Angry about all his gaming training gone to waste, Max becomes influenced by Hawk Moth and turns into the Gamer, a villain who uses a pyramid-shaped mecha-like ship, from the Ultimate Mega Strike III game, that zaps people and objects, turning them into green “experience point” balls, which upgrades his ship. 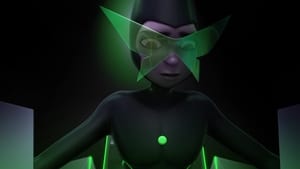 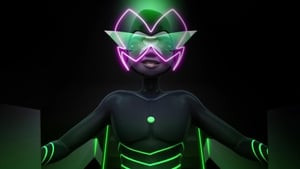