Marinette is babysitting Manon. They are playing with hand-crafted dolls that Marinette made herself, Marinette playing as Ladybug and Cat Noir and Manon playing as Lady Wifi, Rogercop and Evillustrator. Because Marinette always plays as the Ladybug and Cat Noir dolls, Manon laments that Marinette always wins and bursts into tears. Feeling guilty, Marinette allows Manon to borrow her Ladybug doll. However, Nadja Chamack, Manon’s mother, does not want her to borrow it, as she complains that Manon already has too many toys; they get into a dispute, resulting in the Ladybug doll getting torn. Despite that, Manon still wants to borrow the Ladybug doll, so she asks Marinette for it behind her mother’s back. Marinette hesitates and decides on a compromise instead, allowing her to borrow the Lady Wifi doll instead. Chamack notices Manon plays with the doll, and angry that Manon had defied her instructions, she confiscates it from her. Upset, Manon becomes influenced by Hawk Moth and turns into the Puppeteer, a villain who can control the people Marinette’s dolls are based on. 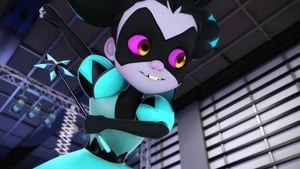 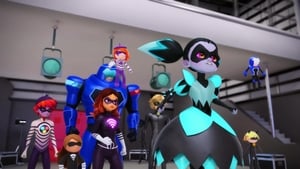